Actress Barbara Dirickson on the joy of ‘Sylvia’: The audience

Actress Barbara Dirickson recalls Sylvia as one of the best times she’s ever had working on a show. She played the title role in Seattle Rep’s 1996 production opposite R. Hamilton Wright, who directed our current production of Sylvia.

She was a company member with the Rep in the ’80s and ’90′s, and as The Seattle Times points out, was often referred to as “Seattle’s favorite leading lady” and “one of the best actresses on the West Coast.”

Of her many theatrical experiences, Sylvia is both a role and production that stands out. But it’s not just the character or the play she remembers so well, it’s the audience.

Dirickson told us, “I would have to say one of my most memorable experiences was doing Sylvia. Another great director, David Saint, made that rehearsal a joy. Actors, designers, director, we all had the BEST time working on that show. But the reason I will always remember that show SO fondly is because of the audience. They were a vital part of that play. And they more than did their work! Remember, an actual picture of the dog was never seen until the last few minutes of that play…but the audience had an absolutely crystal clear picture of what that dog looked like in their own minds…We found that out when some people who had seen the show were writing the theatre to say that we had put the wrong dog up on the screen at the end of the play…it should have been a …a poodle…a lab…a collie… I ADORED the audience throughout the run of that show. They came to play ..and play they did.  It was a ball.  I will never forget it.”

Sylvia plays at Seattle Repertory Theatre—with another fantastic actress, Linda K. Morris, in the title role—through Sunday, December 11. Want to bring your pooch with you to the show? Then don’t miss our special Dogs Night Out, Pt.2 closing performance of Sylvia on Sunday, December 11 at 7:30 p.m. For more information call our Box Office at (206) 443-2222.

Yet we see how her adoptive master Greg might project more humanqualities onto her – and welcome Sylvia as a liberating distraction fromhis dull corporate job, an entree to parts of the city he’d neverexplored (their nightly jaunts change him from a Republican to aDemocrat), and a gusher of the affection his grown children no longerprovide.

It’s just as clear why Kate might consider her a slobbering pest. And a threat to her marriage, furniture and husband’s income.

Under David Saint’s broad but effective direction, “Sylvia” isstudded with laughs – with the occasional pause for a bittersweetreflection, a wry Shakespeare epigram, a winsome three-way rendition of aCole Porter ballad. Framed in a series of royal blue arches, the mobileset by James Youmans is more elaborate than necessary, but spiffynonetheless with its gliding elements of cartoon cityscape, condo livingroom, park foliage and mock airplane.

The reliable Wright and likable Smythe maintain a lively rapport witheach other and Dirickson. Joining them is Jim Fyfe, who doestriple-gender duty as a macho dog owner full of alarming advice, a rich(and too campy) matron and, most amusingly, an androgynous couplestherapist who is no match for a furry, four-legged friend. 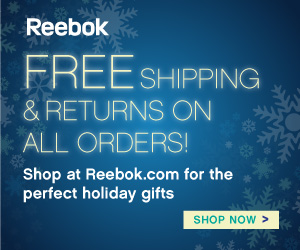 Most read
Most commented
Most e-mailed

Tonight four young playwrights from Roosevelt High School will witness their plays come to life on the stage of Seattle Rep’s Leo K. Theatre. The performance marks the 10th Anniversary of Seattle Rep’s Playwriting Project. Such programs, like this year’s Roosevelt Playwriting Project, are part of the Rep’s Yes Project, an initiative through which we connect a new generation of theatre artists and audience members.

But enough of the big talk; let’s meet this year’s playwrights!

END_OF_DOCUMENT_TOKEN_TO_BE_REPLACED

Thanks again to everyone who came to Sylvia‘s Dogs Night Out this past Sunday! We had a blast, and we hope you—and your four-legged friends—did too.

More than 100 dogs attended the theatre on Sunday with their owners for a barking good time. Some dogs were even dressed up for their night on the town in bow ties, sweaters, pearls, and the occasional mohawk. Here are some of our favorite photos from the event:

Isn't he handsome? Look at that bow tie! Photo by Keri Kellerman.

Patti and Pepper Payne prepare for the show! Photo by Keri Kellerman.

Chaka with a stylist pink mohawk. Photo by Keri Kellerman.

Dogs Night Out at Seattle Rep! Photo by Keri Kellerman.

To see more photos from Dogs Night Out, check out our Facebook album.

While the dogs have had their day, humans are still invited to see Sylvia, which plays in the Bagley Wright Theatre now through December 11. Click here for more information. Hope to see you at the theatre soon!

Director of The Cook returns to Seattle Rep

Our director line-up for next season is complete!

We’re so excited to announce that Juliette Carrillo will direct The Brothers Size by Tarell McCraney. Juliette was last here in 2007 for Eduardo Machado’s The Cook. She has directed all over the U.S., including the West Coast premiere of the 2003 Pulitzer Prize winner Anna in the Tropics by Nilo Cruz at South Coast Repertory, the world premiere of References to Salvador Dali Make Me Hot by Jose Rivera, also at South Coast Repertory, and the West Coast premiere of Sam Shepard’s Eyes For Consuela at the Magic in San Francisco.

She has directed for the Alliance Theatre, TheatreWorks, Laguna Playhouse, New Jersey Shakespeare Festival, Actor’s Theatre of Louisville and for the Mark Taper Forum’s New Work Festival, as well workshops in NY theatres such as New York Theatre Workshop, The Public, INTAR and The Women’s Project.

And in case you missed it, the first time, here are the rest of the directors, announced earlier… END_OF_DOCUMENT_TOKEN_TO_BE_REPLACED